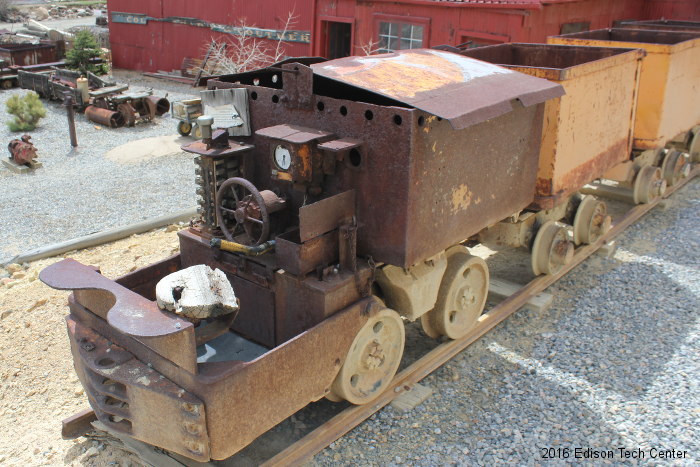 After our recent article on the lighting blog about lighting technology for caving I thought I’d check out the Argo Mill museum to see what artifacts they have. Despite the hostile environment of mines the “new” technology of electricity quickly lent itself to the industry of mining in the 1890s.

Oil and kerosene lamps were used by miners prior to the 1890s. These lamps produced heavy fumes and were a problem when tipped. Despite these problems early miners had to deal with this and were always looking for a better light source.

In 1891 Westinghouse built the Ames Power Plant near Telluride to light and power the Gold King Mine. While there were many problems to solve, the effort was generally a success and set an example of how electricity could revolutionize underground operations. Around the same time Thomas Willson sold his patent of the carbide lamp to Union Carbide and the carbide lamp took the world by storm as they were good for everything from bicycles to lighthouses to mining operations. These acetylene gas lamps were great in how they could be tipped at angles as people negotiated narrow passages and they’d still work great.

The Argo Mill has some great artifacts on display of not only lighting technology but early telephone communications gear and dynamite detonation gear. Another way in which electricity revolutionized mining was the development of small powerful electric locomotives to haul carts of ore. These systems replaced the inhumane system of having donkeys drag the tons of rock out. Elihu Thompson and other pioneers of the time worked on cutting edge powerful electric motors to drive these devices. You can see an example of one of these small electric locomotives at the Argo Mill among other interesting artifacts of the 1800s.

We recommend visiting the Argo Gold Mill as there are all kinds of engineering relics of the steam and electrical age. Their website is found at http://historicargotours.com

Also see our article on caving lamp technology history which is related to mining lamp history on our lighting technology blog.