Eight years ago the Edison Tech Center premiered the award-winning documentary on engineer Carl H. Rosner at the Electric City Film Fest. Recently we have re-released the documentary in widescreen SD format for DVD and HD format online. 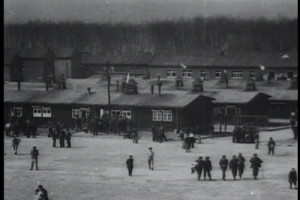 This touching documentary features the life of entrepreneur and superconductor expert Carl Rosner as he survives wartime Germany, Buchenwald concentration camp and goes on to found a successful and innovative company which finds its niche in MRIs. This biography is part of the Wizards of Schenectady series and has renowned voice over artist Jack Aernecke take us through the story.

The newly released promo for the documentary below summarizes some of the story covered in this biography:

Mr. Rosner has been working with the Holocaust Friends and Survivors Education Center in Albany  to share his story again and again to  children and adults. This work is vital to preserving the memory and lessons learned from  the Holocaust and World War II. In addition to the story of  loss and deprivation is the story of hope and building a new life. Mr. Rosner has worked with some of the best engineers in superconducting technology history to create life-saving machines. The story of Intermagnetics General spinning off from General Electric is a great story as it was rare for a spin-off to survive and grow to become a power in industry.

If you live in the Albany-Schenectady region, we invite you to check out the Holocaust Survivors & Friends Education Center for film showings and other events. As the producer of the documentary and  a young person, I was moved by the experience of reviewing original films and testimony from the Holocaust. I believe that every young person from every ethnic background should learn about this history. Mr. Rosner’s documentary along with other films and presentations can help widen our horizon of understanding about  how hatred  can lead to genocide and the bravery of those who resisted and saved others.

Contact the Edison Tech Center to order DVDs of the documentary and full interviews between Ernie Tetrault and Mr. Rosner