Faraday was one of the founding fathers of the electrical industry discovering and experimenting with electromagnetics. He used the galvanometer to measure voltage and current. England 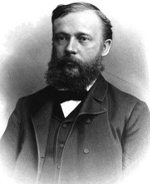 Weston developed some of the most well-known voltmeters and ammeters of the early part of the electrical age. His 1886 portable DC ammeter set the standard leading to accurate voltmeters.  Weston and his company continued to develop and improve meters into the 20th century as an independent company even though Westinghouse and General Electric were two competing giants. Weston Electric Light Company, Newark, NJ

Elihu Thomson developed many types of magnetic coil driven ammeters for use with his complete DC electrical systems in the 1880s. Thomson experimented with AC early on and later developed AC ammeters and laid the foundation for voltmeters. General Electric. Lynn, MA

1880s onward
William Stanley This engineer  was not only a pioneer of early AC power but developer of both magnetic coil driven volt and ammeters. Eventually he was bought out by General Electric Co. Stanley Electric, Pittsfield, MA 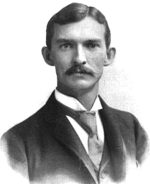 1887-1897
Oliver B. Shallenberger Shallenberger worked with Philip Lange at Westinghouse to create a voltmeter from a galvanometer in 1887. They understood how to deal with polyphase systems and designed many parts of the system. Westinghouse Electric, Pittsburg, PA

1922
Irving Langmuir Langmuir’s improvement of the vacuum tube led to a better triode (a Pliotron as he called it). The triode became a key component of vacuum tube voltmeters as well as amplifiers used in radio and television. Schenectady, New York 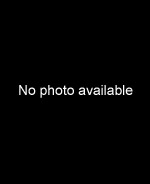 For sources see our credits page.